of giving expert evidence in both Civil and Criminal cases 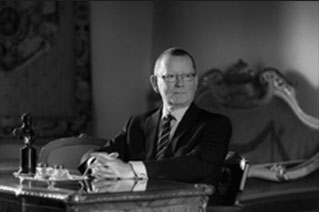 After demonstrating exceptional musical ability as a child, Nicolas Priestley received a classical musical education. He was awarded a scholarship to study the cello at the Royal Manchester College of Music with Raphael Sommer, graduating with distinction as solo performer. He also holds the degrees of Associate of the Royal College of Music and Graduate of the Royal Northern College of Music. Whilst still a teenager, Nicolas gave performances of the Elgar Cello Concerto and after performing Don Quixote by Richard Strauss, was invited by the legendary French cellist Pierre Fournier, to join his virtuoso cello class in Geneva.

After graduation, Nicolas became a well known solo performer giving concerts throughout Britain, Europe and the Far East. Notably, Nicolas rediscovered some of the early cello works of Delius, until then much neglected, and performed these works in London with Eric Fenby who had been the amanuensis of Delius at the time of their composition. Nicolas has performed with the Philharmonia Orchestra, the London Symphony Orchestra and in a range of chamber ensembles. He appeared as principal cellist in the 50th anniversary celebrations of the Royal Ballet at Covent Garden, performing solos by Tchaikovsky and Stravinsky where he appeared with Dame Margot Fonteyn and Sir Frederick Ashton. He has performed with many great artists, including the conductors Carlo Maria Guilini, Lorin Maazel, Ricardo Muti and Vladimir Ashkenazy.

“I shared the platform during many years of concerts with Nicolas as principal cellist. He was a dedicated, courageous and deep thinking artist; a consummate professional with the highest of standards for himself and others.” – Malcolm Stewart, Premier violon solo supersoliste, Orchestre National du Capitole de Toulouse.

Nicolas has always been a passionate admirer of the music of Elgar and has a specialist knowledge of the composer’ life and works. He is cited in the standard academic text on the composers life,“Elgar: A Creative Life” by Jerrold Northrop Moore.

“My long friendship with Nick is founded on a shared love of Elgar’s music. It goes back and comes forward over 20 years now and it is has enriched both our lives….his passionate insights much enriched the inspiration of his old and grateful friend.” – Jerrold Northrop Moore.

After 12 years as Principal Cellist of a major symphony orchestra, performing as a soloist and more than 25 years of travelling and performing, Nicolas returned to University to begin his academic and clinical training in psychology. Nicolas lives in France and has been awarded full French Nationality. He is the proprietor of the Chateau de Jouhé, a 13th century castle which is designated a ‘Monument Historique de France’. Nicolas continues to perform, giving solo, chamber and orchestral concerts when his work as a Consultant Neuropsychologist allows him time to do so.